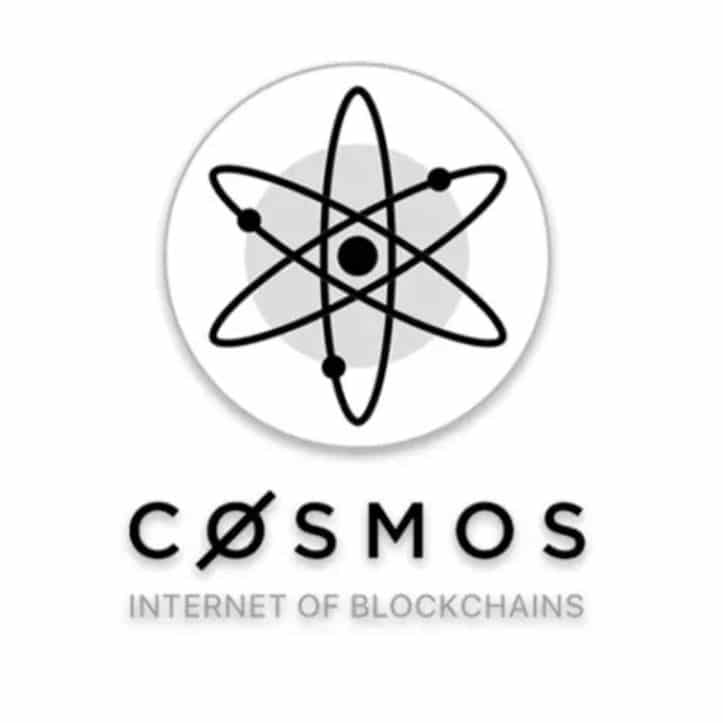 Over the last quarter century, it has become nearly impossible to decouple technology from our daily lives. Worldwide connectivity and globalization are at the center of how the world operates. As we enter the next phase of connectivity, ushered in with the global adoption of 5G connectivity, blockchain interoperability and efficiency will be the foundation that ushers in the next evolution of the internet, Web 3.0.

Cosmos  is a project that highlights such interoperability. The creators of the project foresee a future where even Ethereum, the most dominant smart contracting platform, is just a part of the whole. [caption id="attachment_8528" align="alignnone" width="1024"]

Source: Cosmos[/caption] Every other blockchain, a part of this vast ecosystem, will work towards a common good of enabling fluidity and ease of flow between different blockchains regardless of their underlying objectives. But there is another significant advantage, especially for developers. Whenever there is a channel that removes the needless cut-throat competition, resources and funds can be re-channeled to progressive, network enhancing developments.

To capitalize on this, Cosmos has streamlined development measures in place that fast-tracks developers’ attempts to create independent blockchains. In what could potentially take years to deploy, through Cosmos, the process will only take a few months. There are benefits when this is possible. First, developers are likely to build application-specific solutions at the expense of an independent, general-purpose blockchain. Second, deployment of a specific blockchain—or availability of a means that drastically slashes development time, within an interoperable ecosystem will at the end of the day promote the adoption of blockchain. The Binance Chain is the latest example of a blockchain that was developed based on an open source Tendermint core. The Binance-led chain was specifically launched as a base for their Binance decentralized exchange (DEX), and as a new platform powering its native currency (BNB), and related Binance Chain generated tokens compliant with the BEP standard. Envisioned as an ecosystem of independent blockchains, its creators are confident that Cosmos will be the foundation of a next-generation platform that connects all of the world’s separate blockchains. In their grand vision, Cosmos is a harmonious ecosystem where crypto factions, and unnecessary competition are merged, creating unifying force in an internet of blockchains. In the middle of their goal, Cosmos prioritizes the sovereign of independent blockchains. As such, each of the blockchains that makes up the broader ecosystem will invest in their governance, scalability attempts, and security.

Powering Cosmos’ consensus is Tendermint, whose framework is based on the Byzantine Fault Tolerance consensus algorithm. This consensus protocol blasts open barriers by opening the door for developers to create and deploy scalable, secure, and ultra-fast Proof-of-Stake blockchains. [caption id="attachment_8524" align="alignnone" width="1024"] 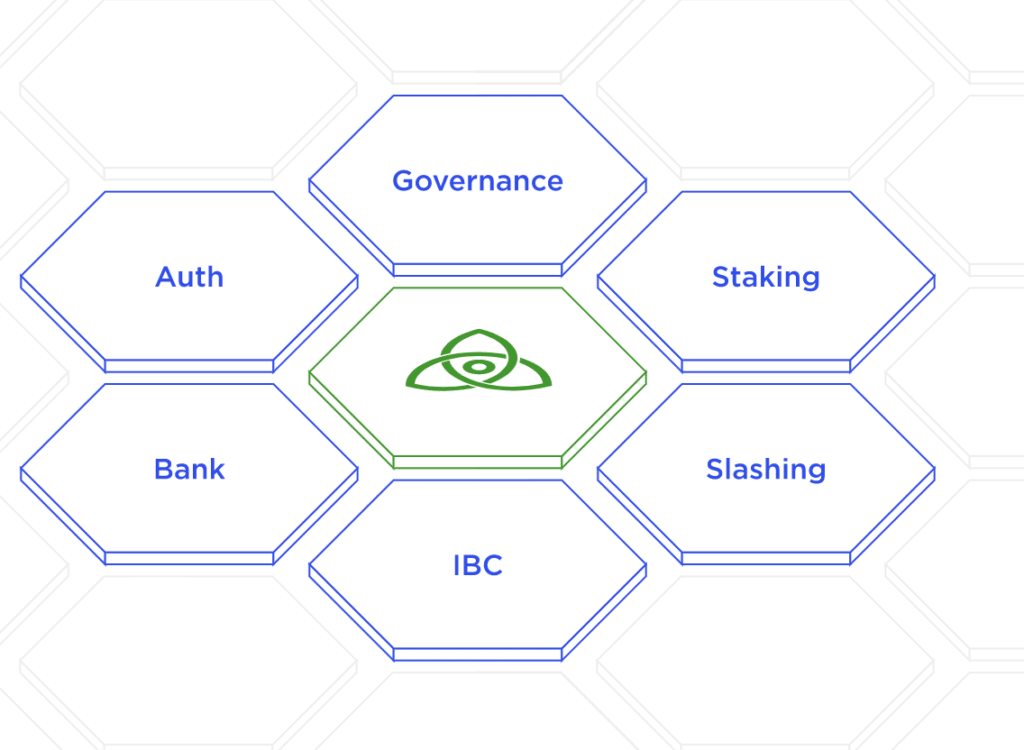 Source: Cosmos SDK (Tendermint)[/caption] Additionally, the Cosmos SDK provides the necessary tools for developers to build decentralized applications (dApps) on Tendermint blockchains. This potentially lowers the barrier for entry for developers, as it creates a decentralized field where independent chains can communicate while being rooted to the Tendermint core via the Cosmos software development kit (SDK). [caption id="attachment_8527" align="alignnone" width="1024"] 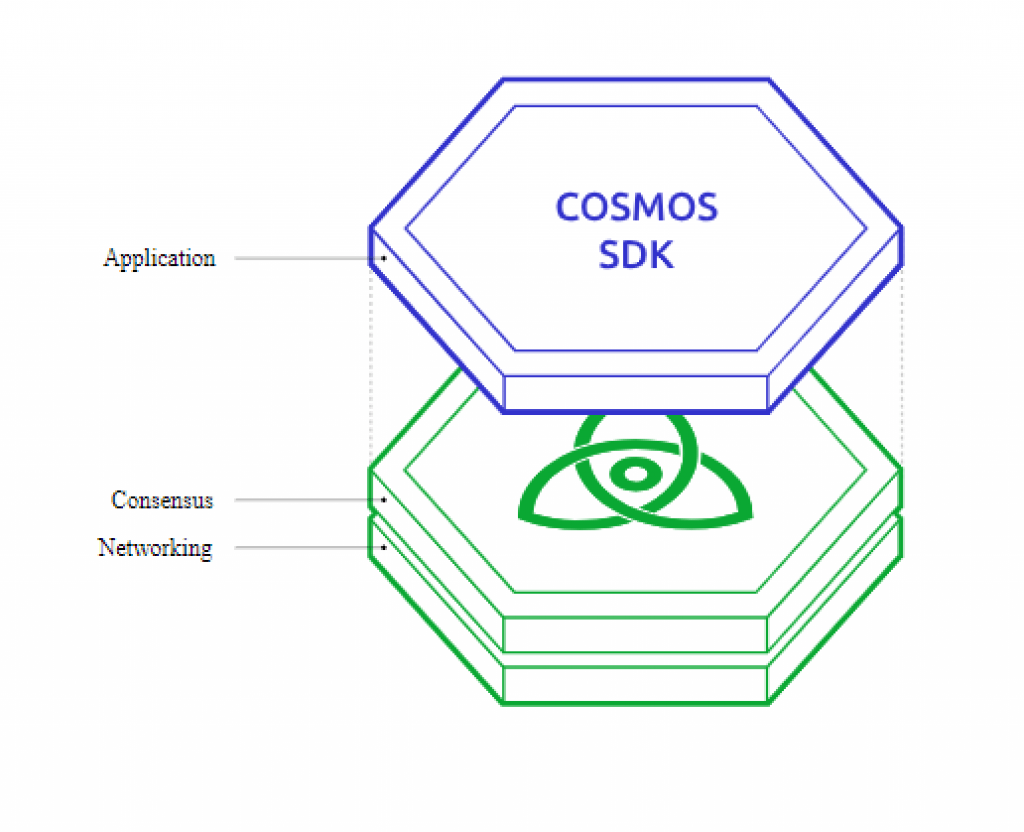 Source: Cosmos[/caption] Meanwhile, in the spirit of interoperability, different blockchains can communicate and exchange value with each other through the Inter-Blockchain Communication protocol (IBC). To further elaborate, the IBC employs a hub and zone model, each of which acts independently and can securely share information. [caption id="attachment_8526" align="alignnone" width="1024"] 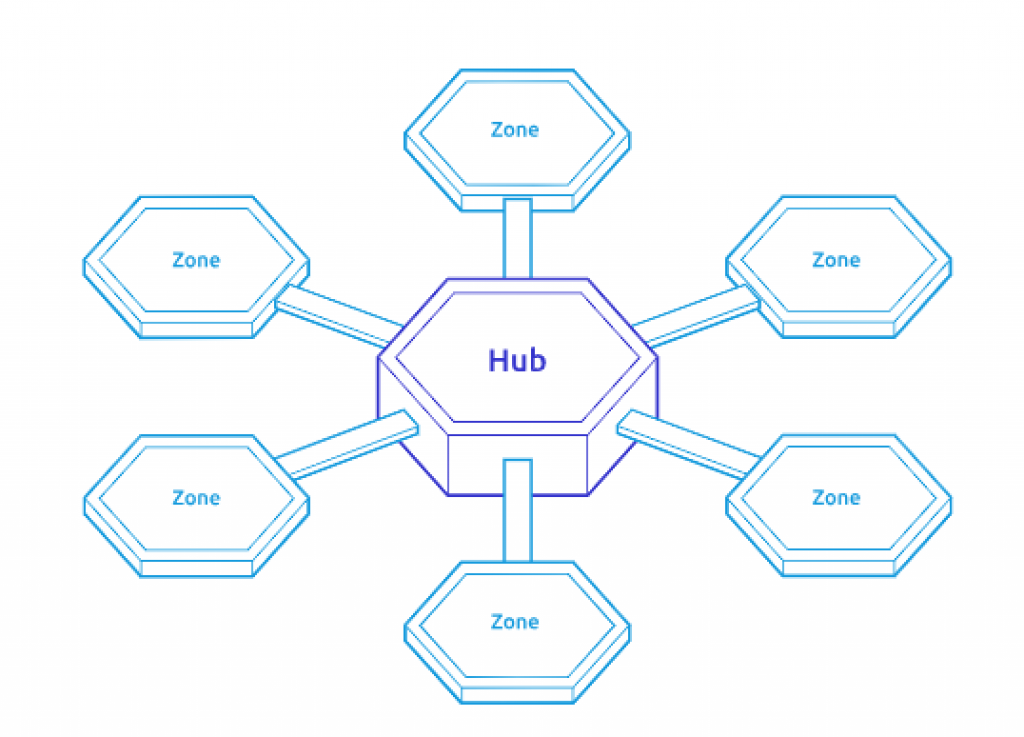 Source: Cosmos IBC[/caption] For example, if Litecoin and Bitcoin are to connect, a Litecoin and a Bitcoin zone will be created and connected via a hub. It is this shared hub that will enable value to be moved smoothly between the two otherwise independent blockchains.

What is the ATOM Cryptocurrency?

Oiling the Cosmos ecosystem is the ATOM cryptocurrency. These coins are pre-mined. As such, the only way of earning ATOM cryptocurrency is purchasing them from a cryptocurrency exchange that lists the coin, or by staking them through Cosmos validators called Cosmos Hubs that run a Proof-of-Stake consensus algorithm for validation of Tendermint core transactions. Owners of ATOM can vote on forwarded blockchain proposals, validate blocks, stake, and pay transaction fees.

Cosmos is a representation of the next frontier in blockchain interoperability., which will unleash the under-tapped potential of blockchain innovation for developers, businesses, and governments. Given the wide range of use cases, coupled with the ease of use, Cosmos is positioning itself to be at the heart of the future blockchain ecosystem.