Bitcoin and other cryptocurrencies took a breather this week after a short-squeeze rally helped some coins gain nearly 20% in pricing. The active trading sessions were triggered by happy news from institutional players exploring foray into the crypto markets.

News from the multinational tech company Amazon sent shockwaves through the cryptocurrency market when it was revealed that the $1.7 trillion company was seeking a “Digital Currency and Blockchain Product Lead”. This signaled Amazon’s interest in cryptocurrencies and blockchain products, sparking excitement in the crypto worlds and reflecting positively on the markets.

The job listing described the position and stated, “You will leverage your domain expertise in Blockchain, Distributed Ledger, Central Bank Digital Currencies and Cryptocurrency to develop the case for the capabilities which should be developed”. As Amazon’s news made its way through outlets, Bitcoin surged to just over $40,000, while Amazon shares gained nearly 1%.

This exciting report was leaked by the British newspaper City A.M., which had cited an unnamed insider. But it wasn’t long before the company came out and denied this job listing, but nevertheless reiterated their interest in crypto markets. “Notwithstanding our interest in the space, the speculation that has ensued around our specific plans for cryptocurrencies is not true,” an Amazon spokesperson said.

“We’re inspired by the innovation happening in the cryptocurrency space and are exploring what this could look like on Amazon. We believe the future will be built on new technologies that enable modern, fast and inexpensive payments, and hope to bring that future to Amazon customers as soon as possible,” the company added in a statement.

Still, crypto markets managed to hold on to some of the gains, with Bitcoin enjoying eight days in the green for the first time since December.

Previously, there had been chatter about the possibility of an “Amazon Coin,” a product that would “enable customers to convert their cash into digital currency using which customers can enjoy online services including shopping for goods and/or services like Prime Video”. Clearly, whether the specific job listings stand or not, the tech giants appear to be sufficiently invested in the crypto world and are clearly testing the waters.

For more information watch this video.

The cryptocurrency platform BlockFi Inc. has been served with several cease and desist orders from several states (including New Jersey, Texas, and Alabama thus far) to stop offering interest-bearing accounts. Since its inception back in 2017, BlockFi has managed to raise a staggering half a billion in funding and enjoys a valuation of $5 billion.

The draft cease and desist argues that the multi-billion dollar company had been in part funding its cryptocurrency trading and lending operations through the sale of unregistered securities that violate the relevant laws. New Jersey’s acting Attorney General said, “Our rules are simple: if you sell securities in New Jersey, you need to comply with New Jersey’s securities laws…no one gets a free pass simply because they’re operating in the fast-evolving cryptocurrency market”.

CEO of BlockFi Zac Prince took to his Twitter account to reveal that the company had indeed received the cease and desist orders, stating that the company “remain[s] fully operational for our existing clients in New Jersey”. Prince then went on to reveal that “BlockFi is engaged in an ongoing dialogue with regulators to help them understand our products, which we believe are lawful and appropriate for crypto market participants. BIA is not a security, and we, therefore, disagree with the action by the New Jersey Bureau of Securities”.

BlockFi is a New Jersey-based digital currency company that provides “USD loans backed by crypto, interest-earning accounts, and trading services”. Their interest accounts (which are now under fire by regulators) allow users to earn interest on the digital currencies they lend on the platform.

Judging by how the Securities and Exchange Commission (SEC) deals with them, cryptocurrencies like Bitcoin, Ether, and the like are largely considered to be commodities. BlockFi products, on the other hand, have less clarity and are now considered unregistered securities for the time being. These small judgments dictate how regulators will be dealing with these emerging digital products as time goes on.

Very exciting days for the Ethereum-based open source and non-custodial protocol Aave, whose coin climbed a whopping 18% in just 24 hours and managed to hit a three-week high on Tuesday upon its latest announcement.

Aave’s price surge was largely attributed to the upcoming release of an all new product that is tailored to institutional clients. The release of Aave Arc (previously known as Aave Pro) was announced at a closed DeFi for Institutions event hosted by Dei Alliance, KPMG, and The Block. This upcoming release has sparked a ton of institutional interest as it is set to offer institutions, corporations, and fintech clients access to decentralized finance (DeFi) without them having to deal with regulatory requirements. In order to do this, Aave Arc is to offer private pools of funds on both the lending and borrowing sides for their institutional customers. Aave Arc is to support Bitcoin, Ether, Aave, and USDC, catering to institutional demand for these products.

The platform’s CEO Stani Kulechov spoke to The Block and said, “I think the larger vision of the Aave Arc market is to create a more comfortable risk appetite for institutions to participate in decentralized finance before, for example, having the risk appetite to participate towards the permissionless decentralized finance, which is the bigger vision offering”. In an email, Aave cited “extensive demand from various institutions” as a reason for the launch of this protocol.

Aave is dedicated to enabling users to lend and borrow a range of crypto assets, this means that it allows token holders to deposit funds into liquidity pools for which they are compensated with liquidity mining or interest rates.

For more information on this protocol, watch this video.

Can the “Steve Jobs” of Crypto Defeat Coinbase and Ethereum 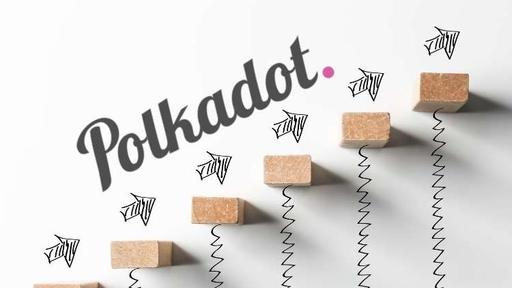