Various cryptocurrencies rallied this week with the world’s largest coin, Bitcoin, managing to hit record highs as it sky rocketed to $64,000 on Wednesday. This all coincided with this week’s much anticipated direct listing of the cryptocurrency exchange Coinbase on the Nasdaq, an event that proved to be momentous for crypto markets.

The talk of the crypto town this week, the digital currency exchange Coinbase (COIN) has just gone public in what is being described as an inflection point for cryptocurrency markets. The San Fransisco startup made its impressive Wall Street debut on Wednesday, opening at $381which pushed the digital currency exchange’s market value to $100 billion. This valuation has made Coinbase one of the top 100 biggest publicly traded U.S companies, surpassing even Nasdaq Inc. and the owner of the New York Stock Exchange, Intercontinental Exchange.

Speaking on the matter, Coinbase’s CEO Brian Armstrong told CNBC, “We’re very excited and happy to play by the rules. And basically, we just ask that, hey, we want to be treated on those level playing field with traditional financial services at the very least and not have any kind of punishment for being in the crypto space”.

This listing is being viewed as yet another example of institutional and mainstream acceptance of cryptocurrency, as it officially enters the sphere of traditional finance. Coinbase’s arrival on the stock market also serves as a point of validation for the crypto world, a world that has garnered significant support from traditional financial institutions and large firms over the past year.

Through a series of tweets, Armstrong described Coinbase’s 11-year journey, relaying how the firm was established and the challenges they faced, closing the thread by saying, “There’s a saying that the best way to predict the future is to create it. Hopefully we helped make the future happen a little sooner than it otherwise would have in the crypto space”.

Unlike a traditional initial public offering (IPO), Coinbase’s direct listing allows the company to float it shares on the stock exchange without hiring banks for underwriting the transactions. Back in February of 2021, the company had stocks exchanging hands at $303 dollars a piece, giving the company a valuation of $77 billion. A month later in March, Coinbase shares had been traded as a private stock which generated a $90 billion valuation. It is now apparent that that number is closer to an even more impressive $100 billion.

One day after it surged past the $63,000 mark, Bitcoin set yet another record and landed at $64,000 early on Wednesday just as Coinbase (COIN) opened for trading. The highly anticipated Nasdaq debut has been credited for much of the crypto steam over the past few days, as traders and investors had accurately anticipated a frenzy in demand. The listing has pushed crypto further into the mainstream and exposed millions of potential buyers to digital assets for the first time within a traditional financial network like a stock exchange.

Also contributing to the steam in Bitcoin’s engine are inflation woes that have hit ahead of a Consumer Price Index (CPI) report for the month of March. The CPI rose 0.6% in March in comparison to February, tacking on to February’s 0.4% increase — these rates have surpassed economists’ expectations. This news is being closely watched by investors who consider Bitcoin and other cryptocurrencies to be a hedge against inflation. Inflation fears are set to weaken the dollar, thus creating more incentive for investors to find alternative high-yield assets like cryptocurrencies.

And Bitcoin is not the only cryptocurrency that is witnessing a surge in pricing, Ethereum’s coin Ether is also racing and has managed to set a new record by climbing to $2,399. Ripple’s XRP also jumped 11% in one day, sitting at $1.85.

Ethereum’s successes this year have not been limited to its cryptocurrency, rather the blockchain has managed to garner a significant amount of attention for the various DeFi projects it hosts, too. This week was no different as the noteworthy institutional players Mastercard Inc., UBS, and JP Morgan Chase poured $65 million into the Ethereum project ConsenSys as was revealed in a bullish fundraising announcement.

ConsenSys is a software development studio that is focused on building cryptocurrency-adjacent infrastructure. The Brooklyn-based firm managed to raise $65 million from the major banks in its first bid for external funding since its inception in 2014. And this is not these companies’ first rodeo; multinational financial services corporation Mastercard most recently announced that it would be allowing customers to use select cryptocurrencies on its network later on this year.

This further illustrates the growing appeal of the Ethereum network which is central to the increasingly popular NFTs and other DeFi projects. DeFi projects and applications are oftentimes built on the Ethereum network, and they aim to replace traditional, centralized banking institutions. This investment by large banks in this project is also a sign that major players have started openly and eagerly betting on cryptocurrency and blockchain-centric firms.

As more mainstream adoption of cryptocurrencies becomes rampant, broad uptrends of various coins continue to go strong. Analysts and investors have now set their sights on a price target of $70,000 for Bitcoin as early as next month, with one projection going as high as $80,000. 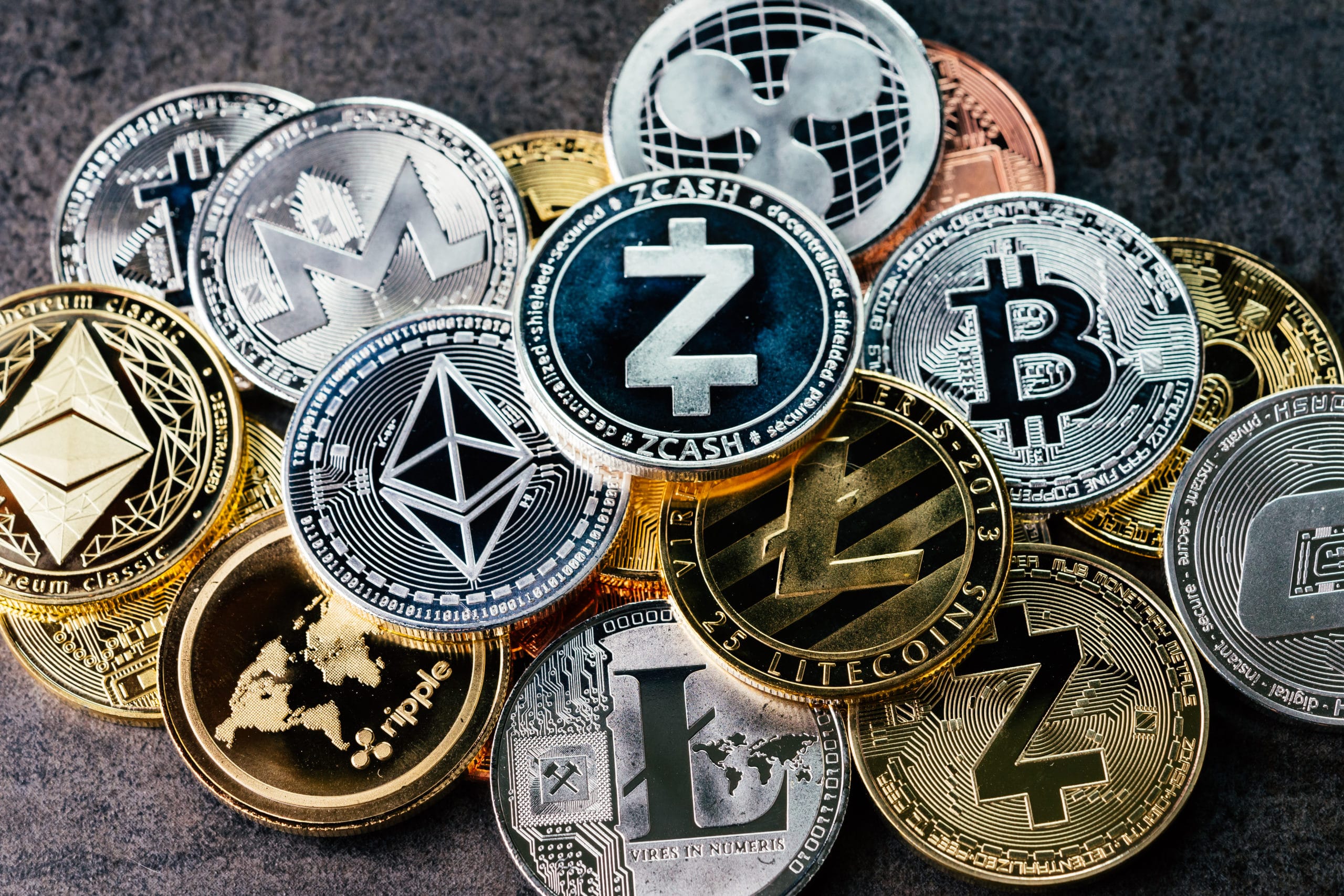 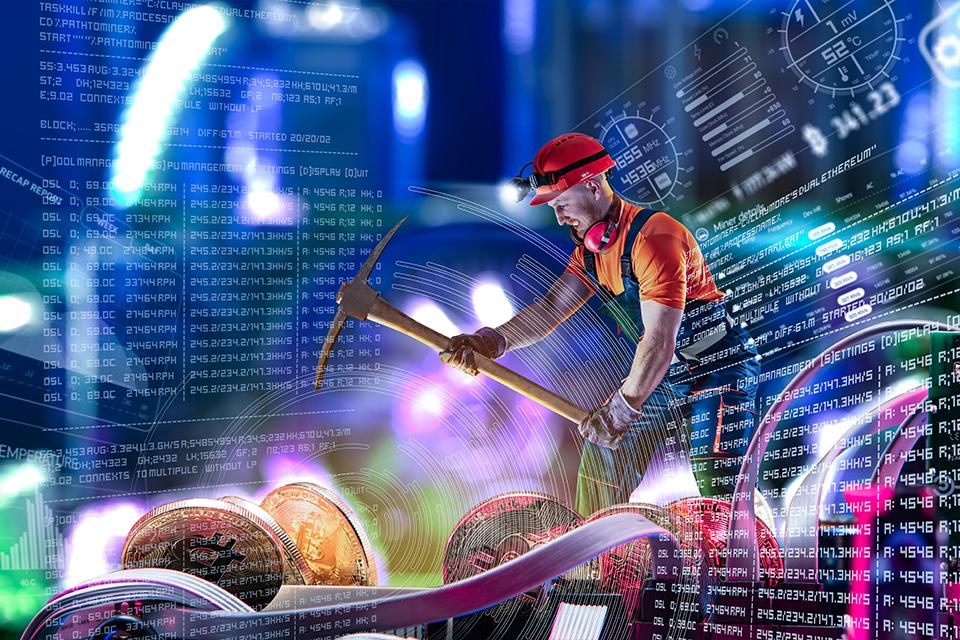