Ethereum News – EIP 1559 is Creating a Perfect Storm for ETH

Exciting news on the Ethereum front as the launch of the much anticipated EIP 1559, a core tenet of the Ethereum Upgrade which includes an overhaul of the economic structure, has created a perfect storm for Ether, catapulting its price upwards. Ethereum’s EIP 1559 went into effect during the first week of August, and it is safe to say that the upgrade that had the crypto world buzzing with excitement certainly lived up to the hype.

Over two years in the making, this incredible new upgrade on Ethereum is focused on increasing the blockchain’s scalability, lowering costs and corresponding fees, as well as boosting the value of Ethereum’s blockchain and ETH currency. EIP 1559 brought some noticeable changes to the network, primarily in regards to the supply mechanism and the new ETH emissions produced from each block — a feat that has seen a reduction of nearly 36%.

There is a significant change in the overall economics of ETH, and EIP 1559 has so far been effective at burning coins and curbing block sizes, thus improving scalability. In regards to how EIP 1559 has impacted the price of ETH, the first week of the upgrade saw an upward trend in pricing that managed to stay in the green. The growth of Ethereum’s DeFi ecosystem, the upcoming transition to a proof-of-stake network, as well as EIP 1559 are all being credited for Ether’s impressive run.

And gas fees are not the only thing on the decline with EIP 1559, the circulating supply of ETH will become a deflationary asset as the supply of ETH is declining steadily with a new process of removing tokens from circulation and shifting to a new proof-of-stake blockchain.

In addition to EIP 1559, which brought forth many improvements and changes, Ethereum’s latest upgrade, Beacon Chain, has introduced a new proof-of-stake blockchain that will revolutionize the way transactions are completed. Replacing the proof of work consensus mechanism with one that is proof of stake, the Beacon Chain operates in parallel to the existing blockchain and requires miners (or validators) to stake (or, lock-up) 32 ethers as a form of collateral in order to start processing transactions.

Over the next few months, Ethereum’s blockchain will slowly migrate over to the new proof-of-stake blockchain in order to avoid disruption for individuals, developers, and businesses on Ethereum. The estimated switch when Ethereum will be completely migrated to this new proof-of-stake model – known as “the merge”- is expected in late January or early February 2022.

The burn mechanism of this upgrade is working smoothly so far, with nearly 3.2 ETH burned per minute on average. Should this network burn rate remain consistent, we are looking at 140,000 ETH being burned each month, significantly driving down supply by 2022.

Since burning gas fees is set to reduce supply by destroying ether, and staking has reduced the amount of circulating supply by way of collateral, the result is a reduced rate of supply growth. This is currently being referred to as Ether’s triple halving, and it is primed to fuel a rapid decrease in ETH’s total supply as the overall volume of transactions will spur further gas burns via EIP 1559.

Despite lower earnings on transaction fees, miners are happily recouping rewards from higher ETH prices due to lowered supply.

$20B+ Removed from ETH Supply via Staking

The implications of this have been that the network boasts an increase in the level of security while issuing the least amount of new ether, thus making it a deflationary asset. The upgrade has also already managed to remove more than $20 billion worth of ETH from circulation.

According to blockchain analytics platform Beaconcha.in, the Ethereum 2.0 staking contract is the largest holder of ETH, holding nearly 6.73 million ETH, or $21.5 billion at the current price. This amount is locked and staked, and cannot be withdrawn until Ethereum and Eth2 networks merge (what we previously referred to as “the merge”).

EIP 1559 has lived up to expectations, proving to investors and onlookers yet again that Ethereum’s ecosystem and Ether are here to stay. By now, it is no secret that Ethereum is on track to be a Herculean solar system-wide network of systems, processes, and platforms that is going to eat up a sizable chunk of the internet. 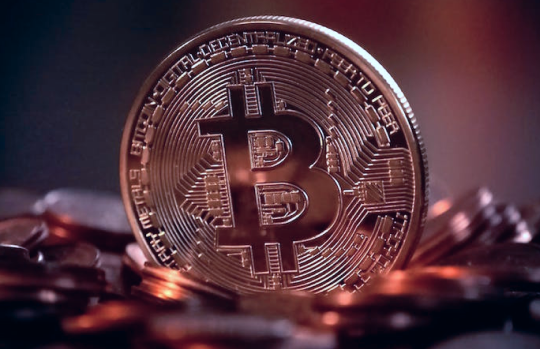