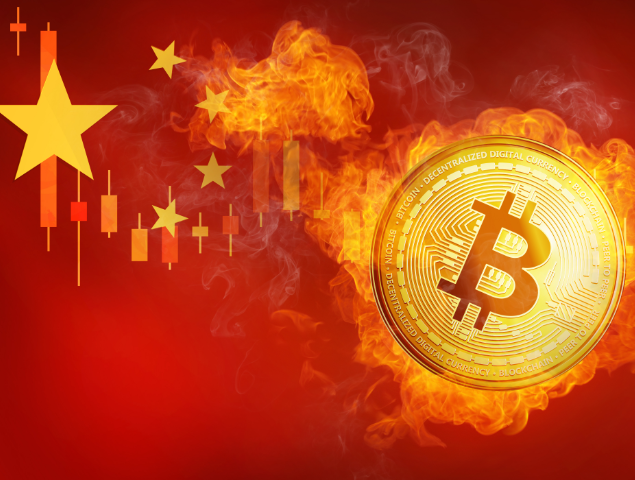 The Chinese central bank said that all crypto-related activities such as trading services, order matching, token issuance, and crypto derivatives trading have been prohibited. PBoC also noted that it has improved its infrastructure to step up the monitoring of crypto-based transactions and further root out any speculative trading.

Furthermore, in a document accessed by CNBC, the central bank said: “Overseas virtual currency exchanges that use the internet to offer services to domestic residents is also considered illegal financial activity”.

This is not the first time that China has been introducing such stringent measures in the crypto space. Over the last few years, the Asian economic giant has initiated several such measures. Earlier in May 2021, China announced an outright ban on Bitcoin and crypto mining activities taking place in the country.

Since the china news last Friday, the entire crypto market has eroded $130 billion worth of investors’ wealth. As of today, Bitcoin’s (BTC) price is down by another 4% and is currently trading at $41,916 and a market cap of $789 billion.

Throughout the month of September, Bitcoin has been on its journey to the south. The world’s largest cryptocurrency has corrected more than 20% from its high of $52,700 levels. However, the Bitcoin fundamentals have continued to improve despite this selling pressure.

As per the data from Santiment, the Bitcoin supply at the exchanges has touched a 28-month low and reached levels not seen since May 2019. The drop in the bitcoin exchange supply is usually regarded as bullish.

The world’s second-largest cryptocurrency Ethereum (ETH) is heading south by 5% today moving under $3,000 levels. As of now, ETH holds crucial support at $2,800 below which there could be another major sell-off.

Cardano (ADA) one of the star performers during August 2021, has been under selling pressure. The ADA price is down by 3.58% and is currently trading at $2.12. The immediate support level for Cardano is $2.0 under which we can see another major sell-off.

Chainlink (LINK) has been relatively resilient to the recent altcoin market correction. On-chain activity shows that whales have been accumulating a lot of Chainlink (LINK) recently. Data provider Santiment reported that “Addresses with 1M to 10M $LINK accumulated 62.02M coins worth $1.45B (3.4% of the total supply) last week”.

Following the China ban, decentralized exchanges (DEXs) have benefited the most. Trading volumes on DEXs like Uniswap have surged by more than 300-400% as more Chinese investors rushed to such platforms following major players like Huobi and Coinbase announcing the trading suspension.

Another DEX dYdX reported a record surge in trading volumes which even surpassed that of Coinbase over the last weekend.