Over the last week, the market has taken a breathe from its latest summer rally and it has left investors wondering if we’re in for a bullish restart or whether there are signs of profit-taking and reduced volumes. We are currently in a position where it could be risky to enter at these higher levels. In contrast, it could also mean that the current trend is part of an upcoming bigger surge to overcome historic resistance levels.

Our key focus for today’s analysis will be Ethereum, given the interesting investor sentiment mixed with technical factors that are driving current prices.

After Ethereum’s bottom in early March, the price has recovered and has continued to climb to $445 last week (a 2 year high). Since that time, Ethereum is now trading 15% lower with many investors wondering whether we’re destined for sub-$400 pricing.

Considering the below chart of ETH/USD on the weekly time frame, it can be ascertained that the prices were range-bound between $100 and $265 for over 1½ years.

The sellers made three attempts to push the market down from the resistance level, but failed to push it beneath the $100 mark. After their fourth unsuccessful attempt in May, the sellers’ momentum loss helped fuel the ETH price rally to $400 in only three weeks. 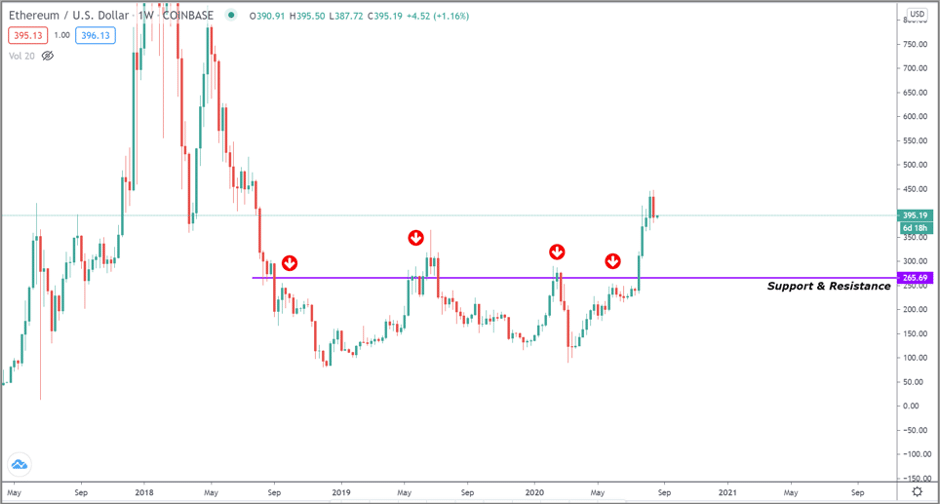 After breaking above the Support and Resistance ($265), the market encountered the $364 support & resistance (R&S) level. However, due to massive pressure coming in from the buyers, the S&R 2 level failed to hold and push the market lower. The uptrend continued, and the price reached another hurdle at $445. And it is seen that the market is reacting off from the S&R 3 region. 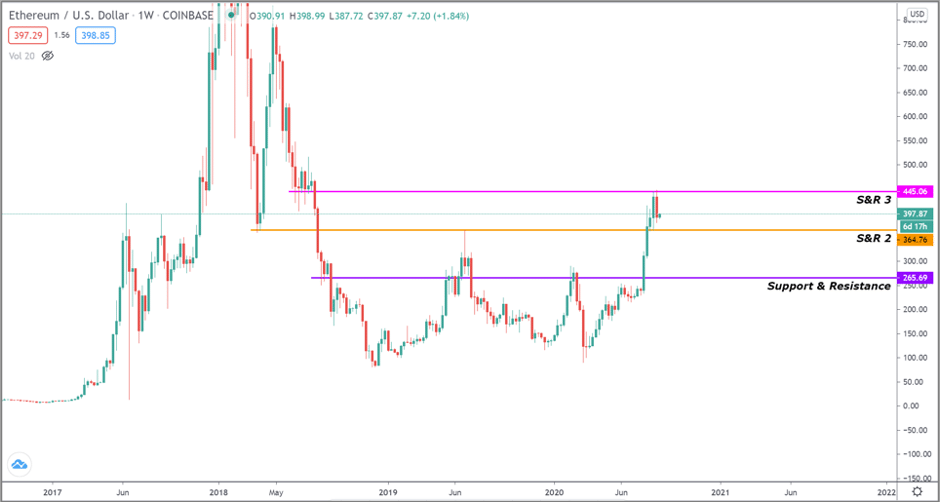 Now, with an insight that the higher time frame (weekly) is in an evident bullish market, let’s dig deeper into the price action by examining the lower time frame.

Below is the price chart of Ether against the US Dollar on the Daily time frame. From the beginning of March, the market is in a clear uptrend.

To understand the recent bullish sentiment of the market, consider the corresponding line chart representation of the uptrend. From a high-level, we can see that the market made it to the $445 in four pushes. Comparing all the pushes, it’s clear that the last push is strongest among the rest. 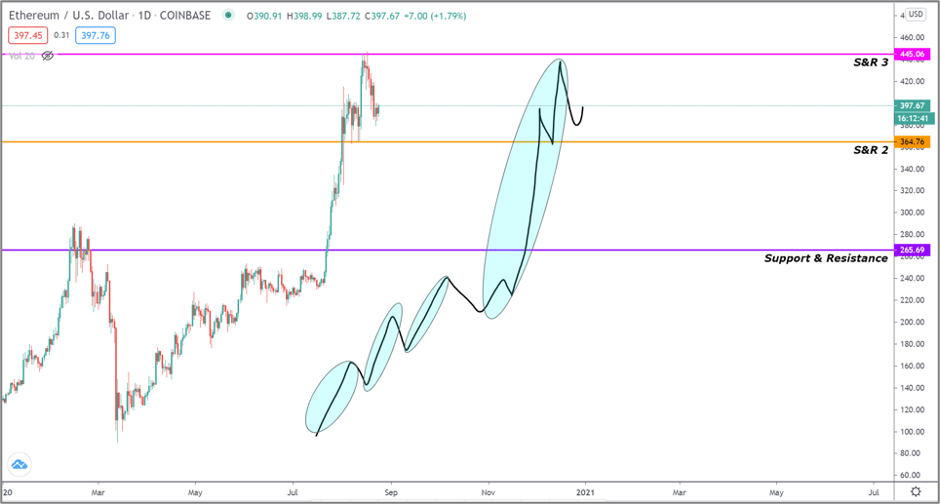 Given this data, one can conclude that buyers are getting stronger every step of the way. In other words, the uptrend is aggressively gaining momentum progressively.

To get finer details on the happenings in the ETH market, let’s dive lower another time frame. Analyzing the 4-hour time frame, we can see that the market which formed Resistance at $400, broke above and made a new high to $445. The price then was pushed down by the S&R 3 coming from the weekly time frame.

Currently, the market is holding below the dotted S&R level. If the price does continue to hold below it, the price could drop lower until the S&R 2 level. On the flip side, if the price successfully breaks through the $400 level, the market could attempt to make a higher high. And a failure to hold higher could again lead the prices to test the $364 mark. 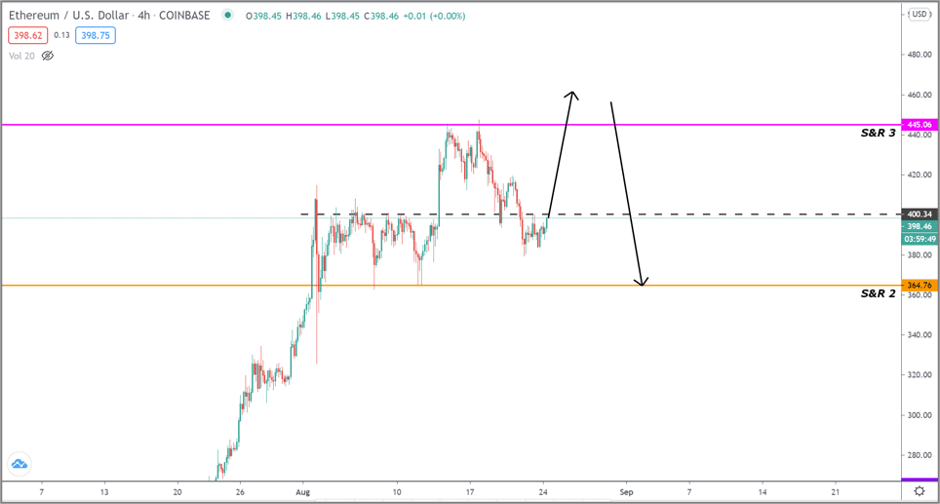 What Does This Mean?

In conclusion, the overall trend of the ETH market is showing strong bullish signs based on the weekly & daily time frames. However, it’s important to be mindful that this latest pullback could spur a spike in profit-taking from investors that could have an inverse affect on the current rally.