Despite the three largest market cap coins facing selling pressures, investors have not slowed down their investing in the overall crypto market. Altcoins, fueled by the ever-expanding world of DeFi, continue to make acronyms and coins households names: LINK, LEND, MKR, ZRX, DAI (and there are some major ones starting to gain mainstream attention: KAVA, BAND, KNC, AMPL to name a few). But how long will David outshine Goliath in the eyes of investors?

A Longer Consolidation in Bitcoin?

From the viewpoint of the higher timeframe, the prices are trading at a significant supply level around $11,700 while we saw the drop in price fall within the expected line. While these technical factors indicate weakening momentum, there is historical support in the $10,000 resistance level – ultimately, leaving some room for potentially further short-term sell-off.

Analyzing the recent trend of Bitcoin, the market is in an evident uptrend. In terms of strength, the bulls are strengthening every step of the way. Apart from breaking through the Support & Resistance level at $9947, the price aggressively went through a massive supply area (dotted ray) as well. 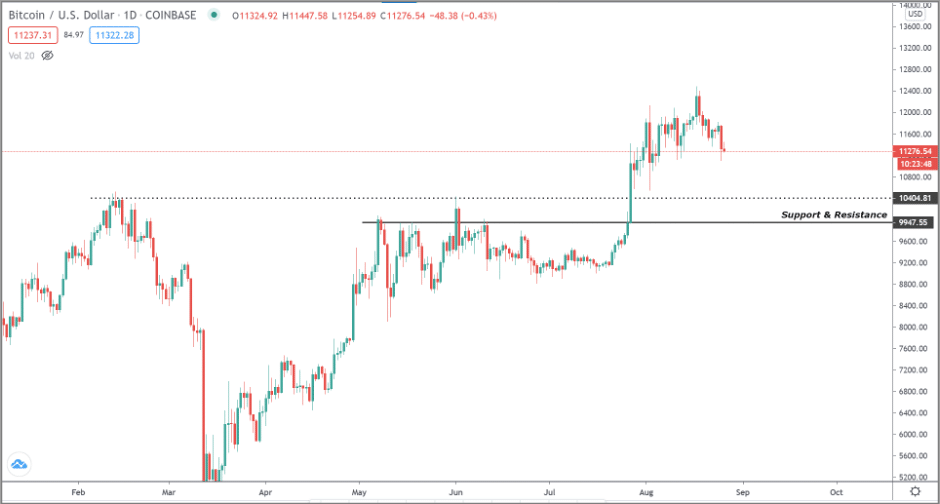 The 4-hour timeframe clearly depicts that the price has broken below the slightly inclined trend line. 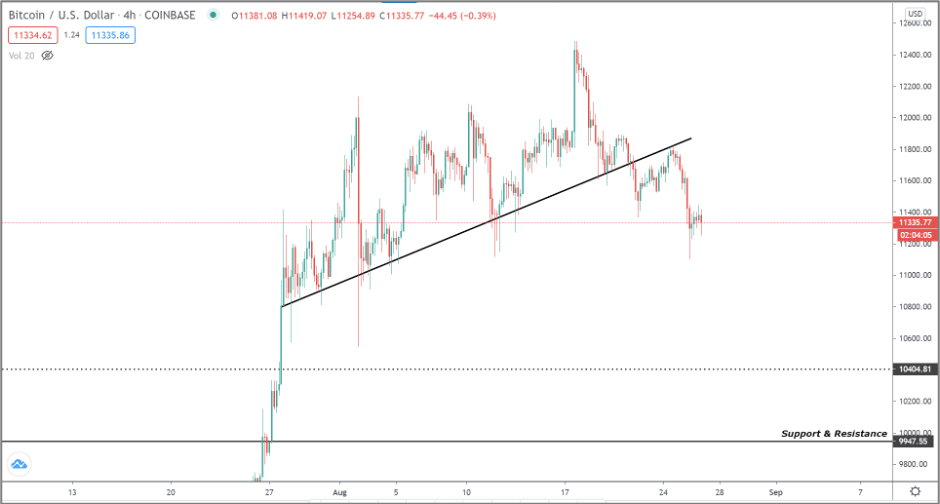 Overall, the technical indicators show that we may not be done with the overall consolidation. However, there are a few key factors that could create a full reversal: the looming announcement from the Federal Reserve on US inflation targets and the upcoming expiration of 65,000 BTC options (valued at $700,000,000). The latter could lead to significant volatility as traders may look to capitalize on the current $11,000 price level while we should expect strong selling pressures at/around $12,000.

Bottomed out in March 2020, the Ether market has given over 300% return in the last quarter. On the Daily time frame, the price successfully breached above the 2-year Resistance. Moreover, bulls look extremely powerful as the second push is steeper than the first. 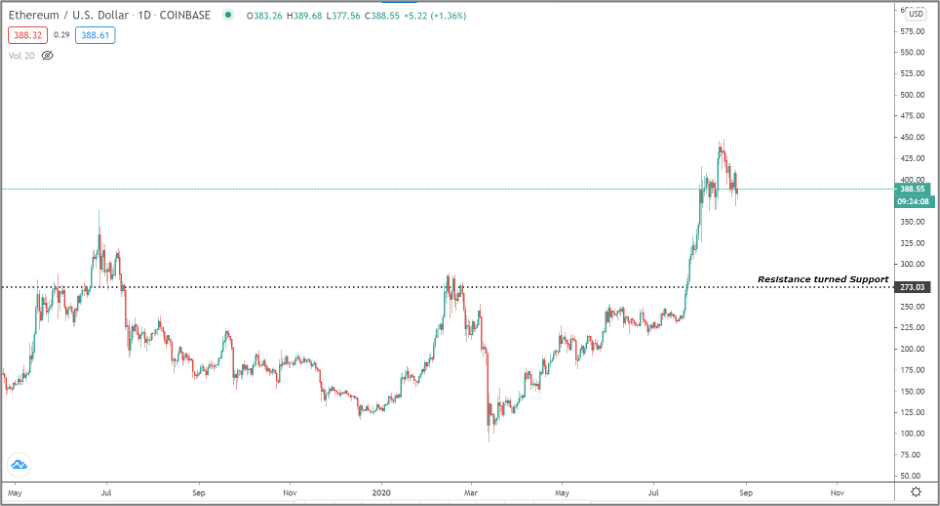 On the 4-hour time frame, the price is reacting off from the demand zone as shown. If the price shoots right back up from the current levels, there is a high possibility for the market to make a high above $440. But, if the demand region fails, ETH could test levels of $300. 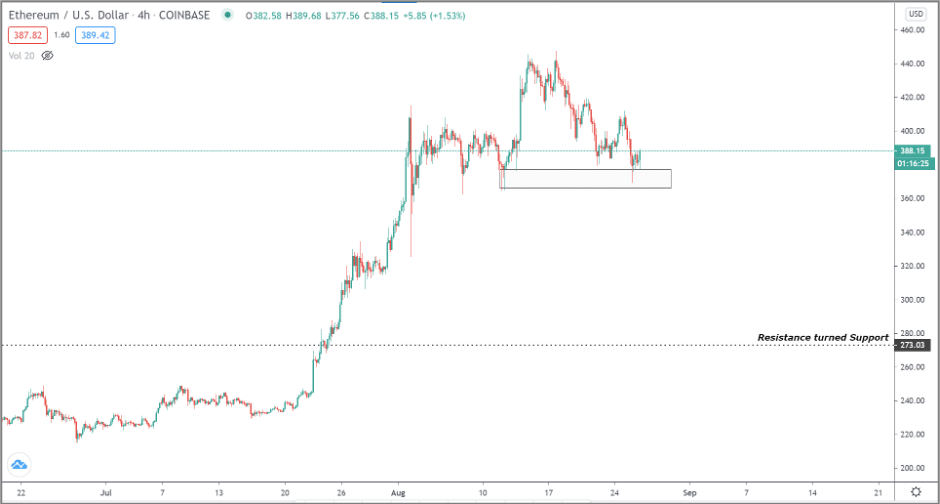 On the fundamental front, the IOMPA data depicts that the smart contract could face challenges in the near future. As per stats, 540,000 addresses are long 7.9 million ETH inside the price range $406 and $418. Also, developers say that Ethereum would require more time to successfully reap the benefits of scalability and lower gas fees from ETH 2.0. Regardless, we can expect further volatility as DeFi continues to deliver explosive growth (and potential danger) to the Ethereum ecosystem which could lead to further short-term pullback.

The XRP token is in the eyes of many investors. Many analysts say that the XRP is in the calm state before the storm.

While XRP has not garnered as many headlines, compared to other mega caps, investors started to pay attention again as the bulls rushed in at the start of the summer. The price strongly pushed through the resistance at $0.22909 and created a higher & more stable resistance & support line in late July and August.

Currently, there is some profit-taking on the XRP market. However, it could more than likely be eaten up the buyers leading to the market trade at much higher levels.

Comparing all three markets, it can be ascertained that all the coins are correlating highly since they bottomed out in early March. It will now be interesting to monitor based on both trading & economic developments heading into the weekend.